Political Turbulence and the Manufacturing Industry

This week has seen the release of this year's in-depth 'Annual Manufacturing Report' by The Manufacturer. It looks at everything from skills through to finance, It and the new technologies of Industry 4.0

Extract: “When they write the history of the early 21st century, 2016 will surely qualify as one of the most turbulent years the UK has ever experienced, politically and economically. With the Leave campaign winning the EU referendum and a complete political novice winning the White House (and within weeks beginning to rewrite historic diplomatic relationships with China and Russia), one word has come to characterise the world we now live in: ‘uncertainty’. And as anyone in business will testify, uncertainty is the enemy of planning.

Nevertheless, it is impressive that UK manufacturers have stepped up to the challenge and are coping with remarkable resilience. Some have done even better than that, grasping the unexpected opportunity presented by the pound dropping in value against the dollar post-Brexit to boost their exports; while others have benefitted from their products becoming suddenly competitive against overseas competitors, therefore increasing sales to UK OEMs.

It is against this background that we present our Annual Manufacturing Report 2017. We have surveyed a huge array of companies and their leaders from across the whole manufacturing spectrum, to gauge their mood and discover how prepared they are to navigate whatever the next twelve months chooses to throw at them. One point of focus emerges very clearly: for all that governments past and present portray themselves as friends of industry, there is a dangerous absence of understanding running like an explosive thread through all policy areas that affect us.

Although we have yet to understand fully what the government of Theresa May is going to do across the full policy spectrum, it was telling that one of their first instincts was to attack the way bad companies are run with no praise for the vast majority of businesses doing the right thing. The commitment to greater R&D spending is admittedly welcome, but it is simultaneously disturbing that immigration policy will work against the interests of businesses trying to hire much needed talent from overseas – from the EU, or beyond.

Then there is the education system, which stubbornly insists that the yardstick by which success is measured is access to the top universities. We wouldn’t argue with that being a great aspiration, but the fact remains that there are millions of young people for whom a future career depends on strong STEM learning and encouragement from their schools to take technical courses at 16. The current system works against them and unless there is change, we will experience a very serious shortfall in talent that will hobble UK manufacturing for years to come, no matter what happens on the world stage.” 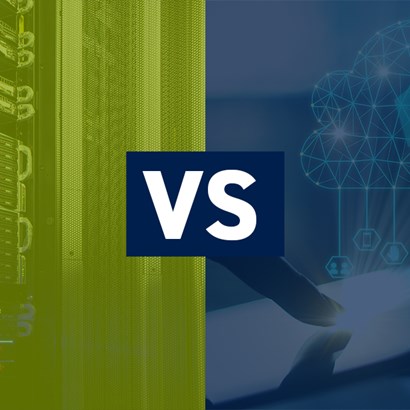 What is the real cost of ownership? Cloud Vs On-premise

In times of economic uncertainty and political unrest, the effects are felt far and wide across a spectrum of business sectors within the UK. But when the majority of business sectors may sit motionlessness and devoid of creativity there is an opportunity for those bold enough, to not only acknowledge change, but to actively embrace it.

With Microsoft Dynamics AX, we have the most robust, scalable, and functionally rich enterprise resource planning system out of the Microsoft Dynamics stable. Dynamics AX puts your company at the top of its game and a service plan from Syscom PLC helps keep it there. With flexible options to choose from, depending on how you do business, Syscom helps you stay compliant and competitive, so you get the highest return from your investment.

In light of economic change, Syscom work alongside leasing professionals from the Manufacturing Industry to create affordable monthly lease packages that allow development and growth without the need for a capital outlay.  Whilst many competitors will simply tread water, now is the time to make smart business decisions and improve core functionality and the glue that holds your business together.

chevron_left chevron_right
Back to the top